After several months of occupation the holy town of Lalibela has been freed from the occupation by the Tigrayan soldiers. The Ethiopian Christmas called "Genna", since centuries celebrated most importantly and in a particular way in Lalibela, represented the best occasion for us to return there. While before the pandemic and civil war we used to travel there with clients almost every week, it's too long time we've not been in Lalibela and this visit was long overdue.

Lalibela has been liberated

It was end of June 2021 when the Ethiopian National Defence Force left the Tigray Region and July when the soldiers from Tigray entered their neighbouring regions Afar and Amhara, including Lalibela. Many residents of Lalibela fled searching refugee in other towns like Bahir Dar or Addis Ababa. In Lalibela mobile network, water and power went off for months, while fear of looting and damages by the Tigrayan soldiers in Lalibela was spreading. Finally, at the end of 2021 the national forces could liberate Lalibela. It was a huge relief, especially for us working in tourism, as Lalibela has always been a kind of flagship for the Ethiopian tourism.

The Ethiopian government tried everything possible to restore power and water supply and take up the operation of the destroyed Lalibela airport within the shortest time, so that the town could receive the thousands of people that every year visit Lalibela for Christmas. That's when we also decided to travel to Lalibela with our company staff. Working in tourism since over a decade, we have many friends there and we know guides, hotel owners and managers that in these times need comfort and support. We wanted to talk to people, listen to their stories and narratives, catch their post war state of mind, and see with our own eyes the level of looting and destruction that took place, so that we know what tours and activities we can offer in the near future in Lalibela and surroundings. That's also why we wanted to see the situation along the road where more clashed happened than in Lalibela town.

Short time in Gondar and Debark

So we decided that Marco would fly from Addis Ababa to Gondar, pass by our office there, travel to Debark for visiting friends and families of the Ethiopian partners, and then drive from Gondar to Lalibela by car with the whole SimienEcoTours staff. 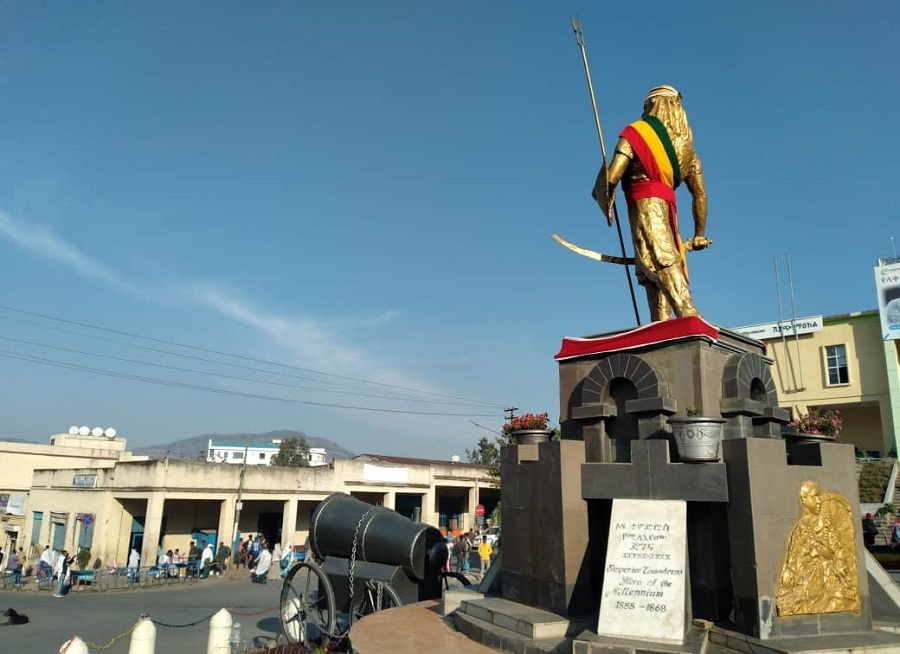 While there's more security in Debark, Gondar is presenting itself as proud and peaceful as usual

Our driver Haile picked us up in the morning of Wednesday 5 January and we drove to Lalibela via Wereta, Debre Tabor and Gashena. We counted 3 broken tanks on the way (of which one is hidden outside of the road) and 2 or 3 burned trucks. Apart these, roads were clean. Damages on houses and other infrastructure are limited to only 2 villages, are really not extensive and will probably be repaired soon. We realised that in case we want or need to drive our customers to Lalibela by car, this route is safe and certainly a valid option.

Once arrived in Lalibela we took our rooms in the lovely guesthouse of our friend Belaynew. He already advised us in advance that there will most probably be no water supply and electricity, so we came equipped with head torches, candles and jericans filled up with clean water. We spent almost the whole first day visiting hotels, particularly those which we were working with and those who suffered more damages and looting by the Tigrayan forces: Roha Hotel, Lalibela Lodge, Cliff Edge Hotel, Maribela Hotel and Mezena Lodge. While a few of these and other hotel not listed here were almost left untouched, most of them suffered extensive lootings: computers, wifi-rooters and other technical equipment, mattresses, mirrors, carpets, curtains - the list could be continued! We witnessed a lot of acts of pure vandalism like destroying senselessly lamps, mirrors, windows, shelves, and we noticed that everything that was once on a shelf was just thrown down. Safes were opened by force in search of some left money or other precious things. 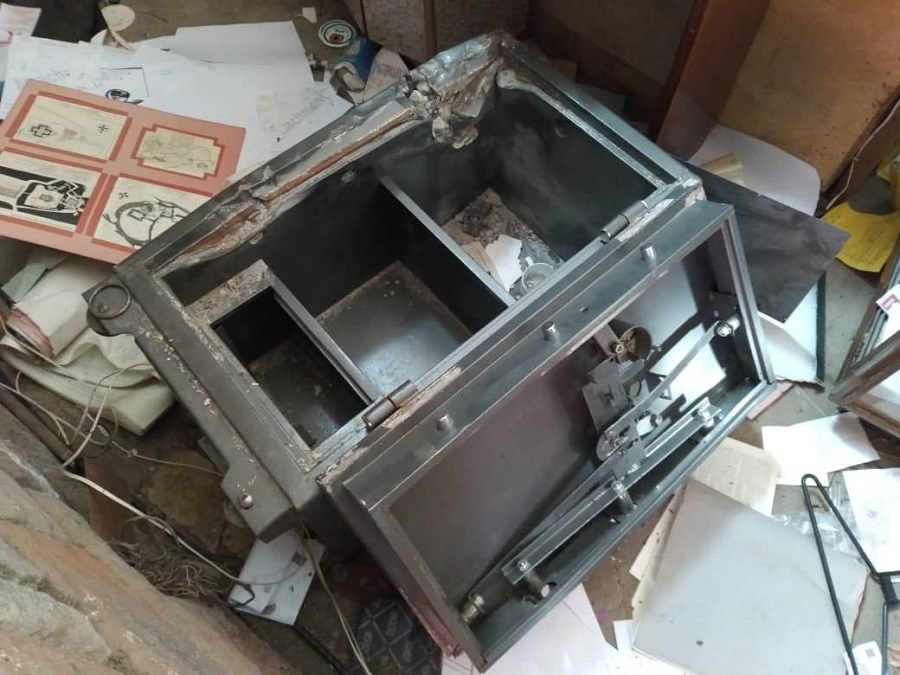 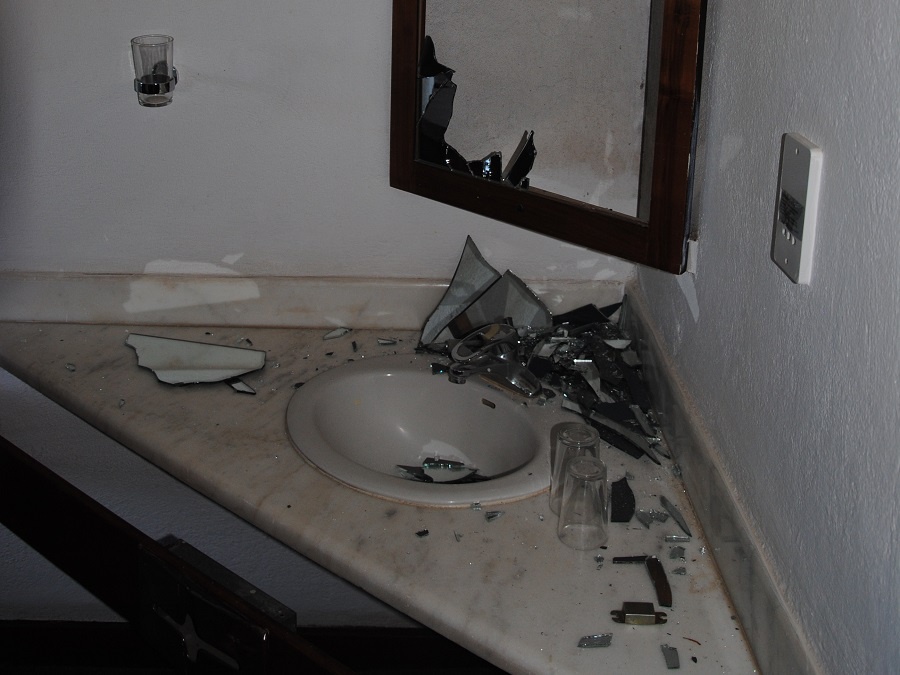 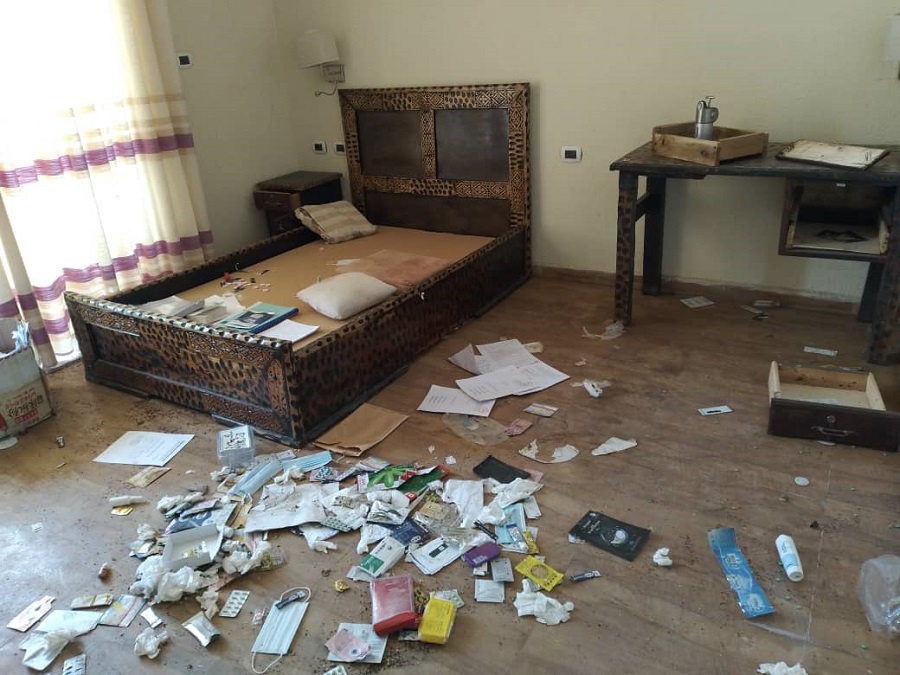 We witnessed some of the material damage which can and for sure will be repaired. On the other side, we are fully aware that there has been a lot of emotional distress, harm and suffering. These grievances need to be addressed and open wounds need time to heal.

Our second full day in Lalibela was the Christmas day and we got up very early to attend the holy mess which is taking place at Bete Mariyam, one of the 11 rock hewn churches. Because of the amount of people taking part in the celebration roads are closed for vehicles, so we walked from the house of Belaynew and could reach the center of Lalibela by dawn. Through a tunnel we entered the carved area around Bete Mariyam church where pilgrims had spent the whole night praying. As the day got brighter more and more people joined, including the important political figures and some celebrities that were announced: President of the Ethiopian Republic Sahle-Work Zewde, Minister of Tourism Nasise Chali and many others. Observing the crowd, we noticed that Covid-19 protocols aren't followed or taken seriously here. Keeping safety distance is impossible and apart for a few exceptions the majority is not wearing face masks. We clearly realised that Covid is the least of the problems of the locals.

Chanting, singing and praying went on for a few hours, and after some short speech by the invited guests, at about 9am, people started leaving the church to reach their homes. Many of them were hungry because of the long night and the fasting time before Christmas, so everyone enjoyed breaking the fasting with a rich meal of injera or bread with meat. We have been invited for breakfast and a cup of "talla", the local beer, by our friend Habtamu, owner of the Lalibela Lodge. 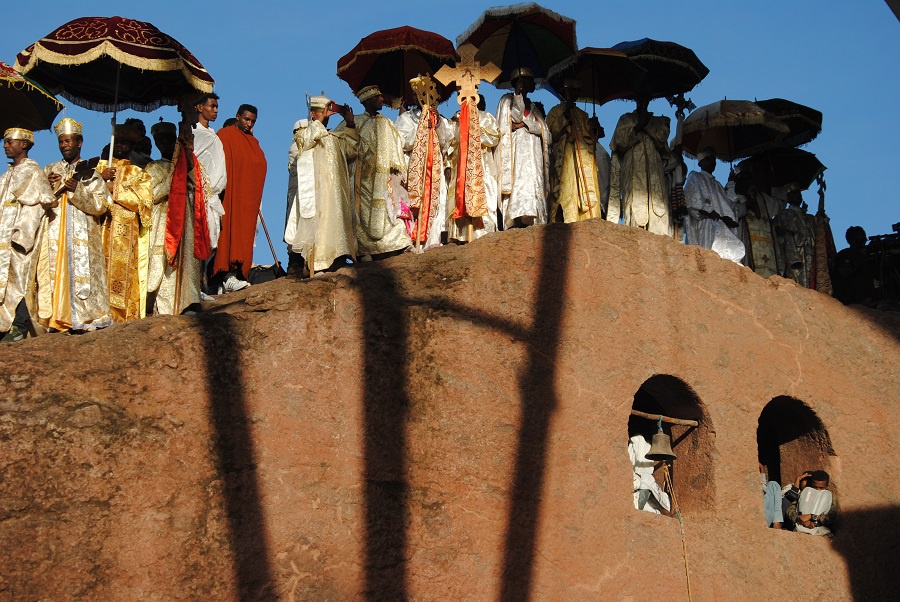 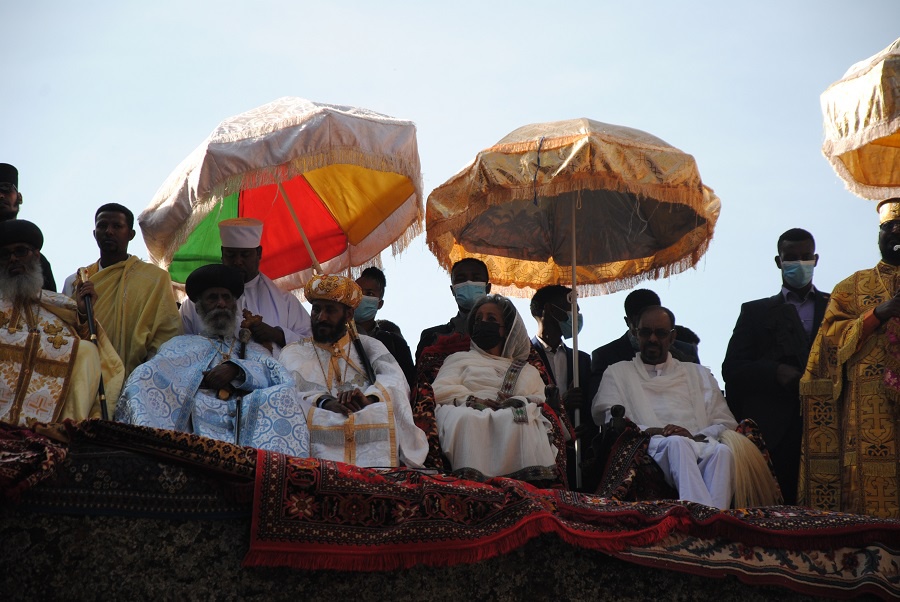 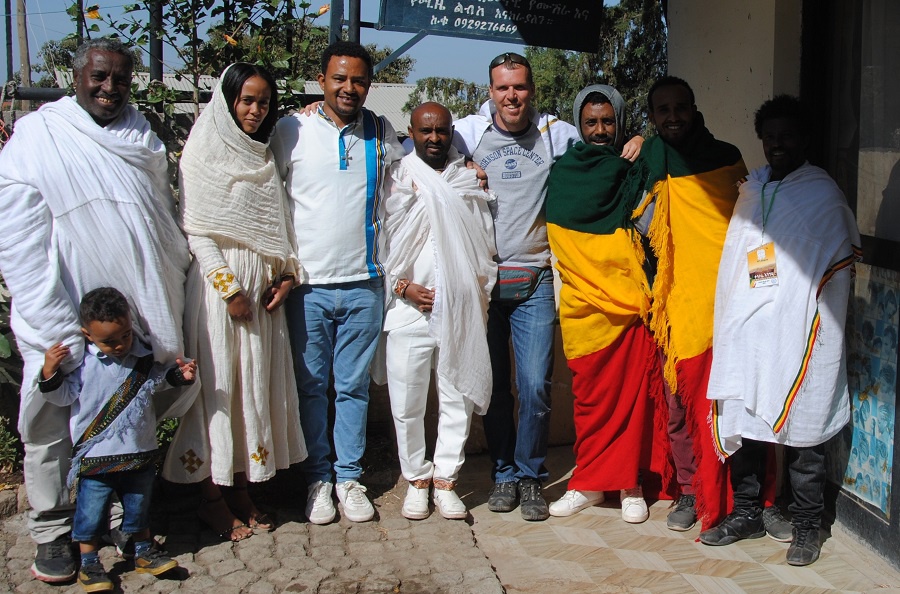 After a full day of celebrating, eating and drinking, we spent our last night in Belaynew's guesthouse, then most of our staff retuned to Gondar with our minivan, while Marco took a flight back to Addis Ababa from the Lalibela airport which has been restored and is fully operational and ready to receive the next travellers.

Back home full of impressions

Our days spent in Lalibela were filled with impressions, emotions and feelings, both positive and negative, but we can conclude that the trip to Lalibela was definitely worth it. Moreover, it was important to express our comfort to our friends and all locals which have been suffering in the past months but now have some more hope that tourism and better times will be coming back. 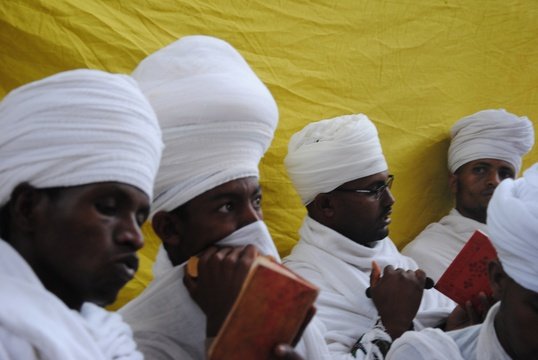 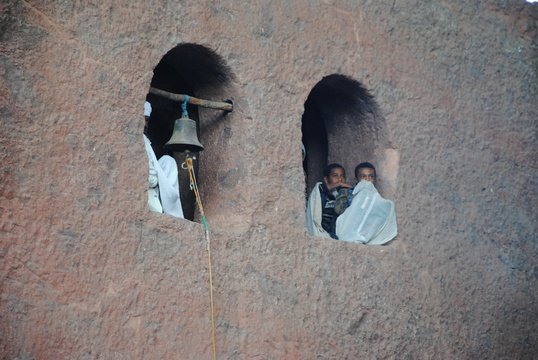 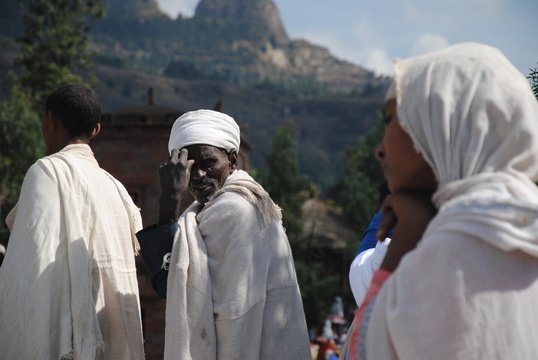 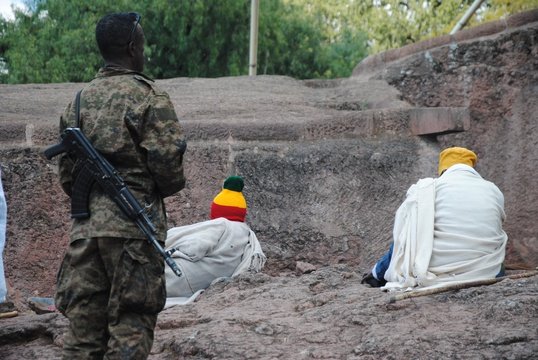 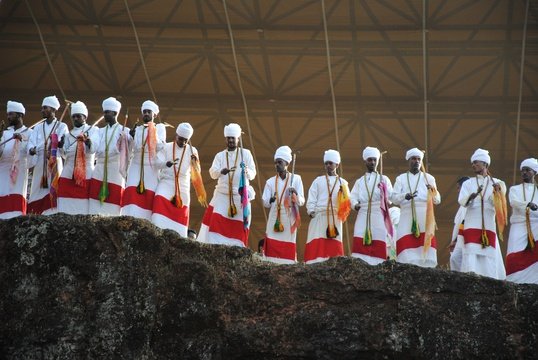 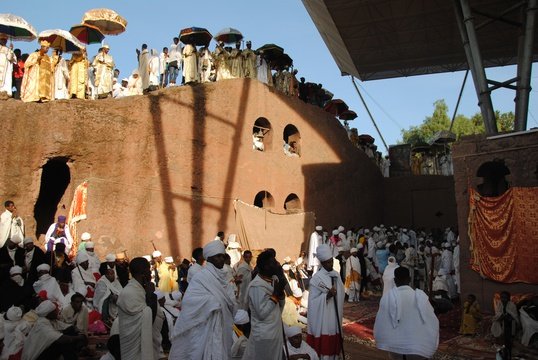 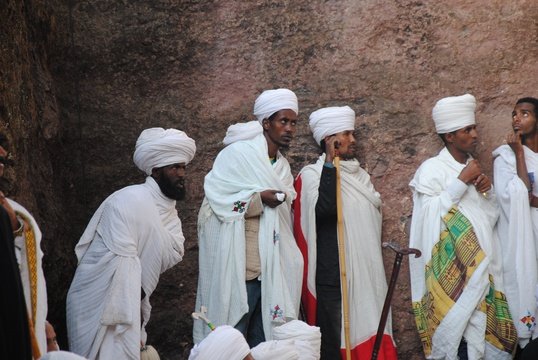 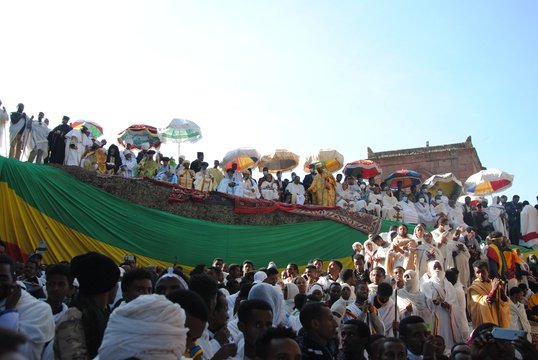 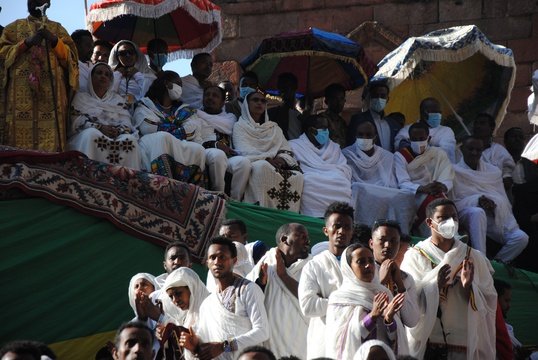 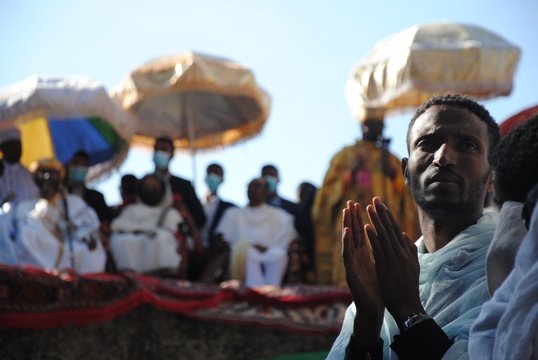 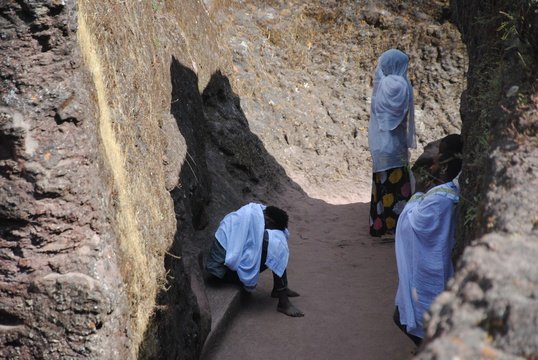 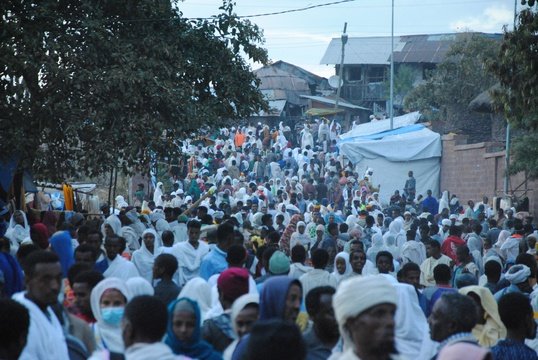 View   Enjoy a break from the city